Photo by Ryland Dean on Unsplash

It is a productivity application with 2+ million users. They have a Responsible Disclosure Policy, where they offered $2500 for critical security issues.

The target web application has some features including, but not limited to:

I was exploring the target web application features and got 2 minor security issues in 7 days. Even though they offer a $100 bounty for similar minor issues, I didn't report those two issues because I was not happy with those findings. This doesn't mean that I won't report minor issues, I will report those issues anyway, but once after I cannot make it to high impact.

The two minor issues I found were:

To delete a user account, the user has to enter his current password for verification. I could bypass it simply by changing a false value into true. This resulted in the user account deletion without entering the correct password.

I needed to make the response manipulation vulnerability worth reporting by increasing the impact. So I started experimenting with the features related to team members (workspace), by thinking response manipulation could be used again somewhere in the application to get some cool privilege escalation bugs.

Sadly, there were no such requests that needed a response for validation, not even 2FA. So I started testing for IDORs on the web application.

We can use the Chrome profile feature to keep all our info separate, such as cookies and sessions. We can log in to the Attacker's account and the victim's account in Chrome itself. We don't have to open different browsers for keeping different sessions separately.

By analyzing the HTTP requests and responses, I got the following information about the accounts I created while playing with the application.

Usually, I use temporary email services like temp-mail.io or mail.tm for using multiple emails during pentesting. Because I don't want to mess up my Gmail account.

Privilege escalation bugs inside a workspace

From Adimon's account, I invited the attacker to Adimon's workspace. The invitation request has shown below.

There are 3 major parts in every request for this target API.

The token may or may not expire at a certain timeframe, but we don't have to worry about it for now.

How do we obtain a request from Adimon and send it as the attacker?

Good question😃. We can do that by replacing Adimon's auth token with the attacker's auth token.

The workspace admins invite new users by email, so the request data contains the emails to be invited into the workspace.

As per the target application, only the workspace admin can:

How can we test and exploit the application?

Good question😃. We need to go through each request individually to test for some vulnerabilities like IDOR. In Adimon's workspace, check if the attacker has the same permissions as Adimon.

Using the attacker's Auth token, I tried sending requests to edit, invite, and delete a user from Adimon's workspace. Unfortunately, every request failed by showing a 403 Forbidden error.

The following screenshot shows a sample request made using the attacker's auth token, to invite a random user into Adimon's workspace.

A method to bypass the 403 Forbidden error

I read a lot of #bugbounty tips from Twitter about bypassing 403 Forbidden errors that help us during API hacking. I started testing them one by one.

1: Wrap ID with an array

An array of Emails. Failed

The email is sent as an array by default, so let's try changing it to a nested array.

Send the email as a JSON object

I tried changing every POST request to DELETE, PUT, and PATCH. But it failed by showing a 405 method not allowed error.

4: Add/Change the API version in the route Failed

We need to check if older versions of API exist by adding /v1/, /v2/, or /v3/ to the route. I tested all API versions since there were no version numbers sent in this API request by default.

I got nothing except the server's 404 Not Found error response while playing with API versions.

5: IDs as a wildcard character Failed

Sometimes replacing the IDs, emails, or usernames with a wildcard character would cause some strange responses from the server. For example, * means "All", so replacing an ID with a * character in a request would mean doing the same thing for all the IDs in the database instead of just one.

As in the example request given below, I tried to replace the workspace ID with a * character to check if I can invite a new user into every workspace out there in the target application. Unfortunately, the only response I'm getting from the server was a 404 Not Found error.

We get some weird responses sometimes from the server by adding null characters in the requests. Try adding %00 in the URL, request data, header, etc. However, this API and server handled every null character carefully.

I don't even remember what other things I tested on this API, but I'm sure that I spent a few days just playing on the API with the goal of finding something interesting.

I wanted to test more on this API, but there were no tricks left in my brain at that moment. I knew there are a lot of bug bounty tips shared on Twitter. And the collections of such bug bounty tips are shared on the web.

I made a quick google search for "API bug bounty tips". And I came across a GitHub repository of API security checklists. Book-of-bugbounty-tips/api (Not 100% sure if this is the repository I landed at.).

And to my surprise, it was successful😇. I could invite new users to the Adimon workspace by sending a request like the above using the attacker's auth token.

What's the next step?

Increasing the impact of the vulnerability is the next step. It would be a good deal if we could somehow take over user accounts by exploiting this vulnerability.

Okay, next which is the feature to achieve an account takeover by exploiting the vulnerability? Yeah, email changing.

Changing email of a user

Let's try changing Adimon's email using the attacker's auth token in the request. If we get a successful response, we could send the forgot password request later, and the reset email would receive into the updated email address.

The request was successful. And it responded with a 200 OK response. Cool... But the email change has not been completed yet, because a verification link needs to click in order to complete the email change process.

There are two possibilities here: The email change verification link would receive into

There is one more thing we need to find: The userId. We have successfully found an IDOR vulnerability. But in order to exploit the attack, we need to find userId of the victim user(Adimon in our case).

How do we obtain the userId?

There is a feature to invite users to the workspace using their email. 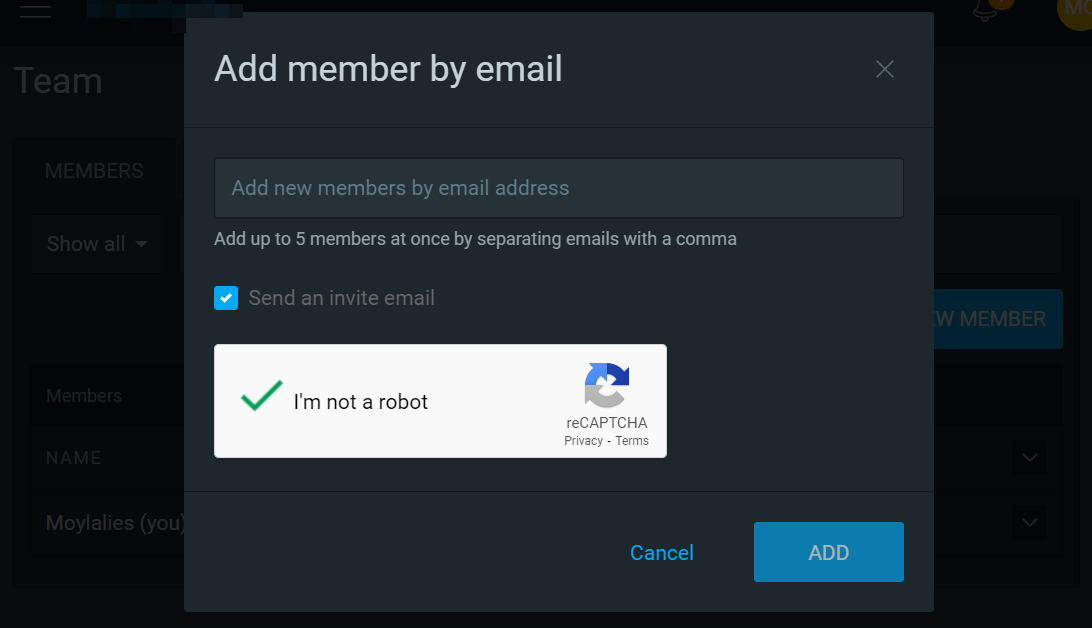 From the attacker's account, I invited Adimon into the attacker's workspace. After sending the invitation request, the response to that request contained userId of the invited email.

Only the user email is needed to get the userId, if there is a user account with the entered email, then the response contains that user's userId.

I made a report and sent it to the company.

5 days later after sending the report, I got an email from the team regarding the bounty amount of $2500.

The role of luck in bug bounty hunting

Imagine if they delivered the verification link of the email change request to the current email instead of the new email. I would not find Account takeover vulnerability then. I was lucky enough to receive the verification email to the newly requested email. Luck will come automatically if we work consistently. We can increase the chances of luck by putting in more effort.

I mentioned about 2 minor issues I got while hunting the target. I reported the second issue. Unfortunately, it was a duplicate finding.

Struggling to get your first bounty?

If you are still struggling to find your first bug, I get you, dude. It is indeed tough. But it's possible.

If you want this company's details, message "ATOblog" to my LinkedIn here, and I will be happy to share this program's details with you.